It’s a comic that I did between 2000 and 2002 and was published in a fanzine. There are only five chapters at the moment and after a long hyatus, I plan to draw more in the coming months.

I tell the story of a crew of twelve pirates, led by Captain Josua sailing on the Six Seas.

It is a series full of humor, full of stupid characters and cannon balls, coming from my love for the humor of Rumiko Takeuchi (Ranma, Urusei Yatsura) and Akira Toriyama (Dr. Slump, Dragon Ball). I wrote several game concepts based on this comic book.

Anecdotes: the domain name of this site is taken from this.

I draw some backgrounds and assets for the 4th season of the webcomic Dungeon Skippers by Murgen.
Everything had to be modular so Murgen could build environment quickly
Software : Clip Paint Studio 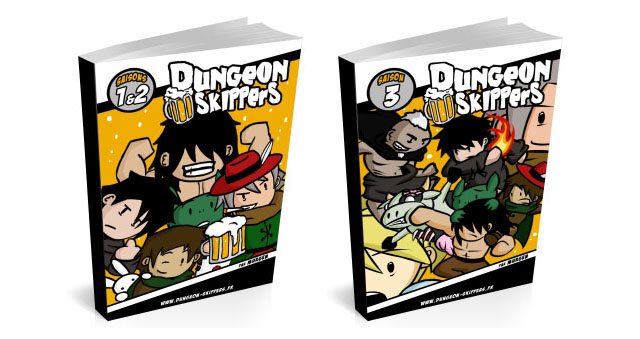 I did some "4-coma" (Japanese comic strips) about the game director Hideki Kamiya based on his use of Twitter. I draw them with my old Galaxy Note.